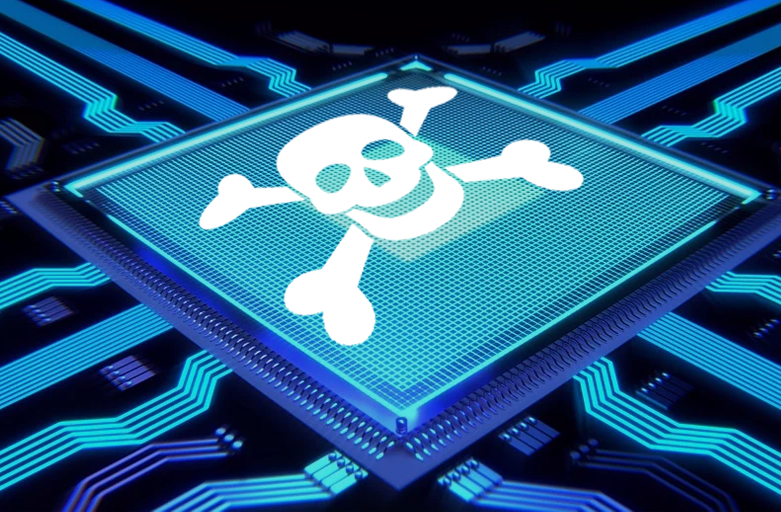 Academics from three universities across Europe have disclosed today a new attack that impacts the integrity of data stored inside Intel SGX, a highly-secured area of Intel CPUs.

It was reported by three academics from three different universities across Europe that a new attack was re that affects the integrity of data stored in the highly-secured area of Intel CPUs called the Intel SGX.  The attack exploits an interface which is in charge of controlling the voltage regulation of the Intel processor, this interface is something that many gamers will recognize as it is the same one that is used to overclock their CPUs.  The attack is aptly named, Plundervolt.

Plundervolt only targets Intel Software Guard eXtensions (SGX). The Intel SGX, for those unfamiliar with it, is a powerful security feature that is found on all modern Intel CPUs that keeps very sensitive data for applications to ensure that other applications are unable to access it.

By using the CPU’s energy management interface, it is able cause some changes in the SGX data just by altering the electrical voltage and frequency of the SGX memory cells. This causes bugs and faults appear within the data and operations which SGX handles.  Meaning, instead of destroying, Plundervolt sabotages output to weaken the encryption of SGX and even cause errors within apps that might have not been there before to exploit and steal data.

However, unlike other attacks, Plundervolt cannot be exploited remotely like luring users into a website and then being able to execute the attack.  Plundervolt needs to run from an app of an infected hosts with root or admin privileges.  So getting a successful attack may be harder compared to other attacks but once they are able to get in your system, they will be able to exploit your system much faster than most other attacks.

What Intel CPUs are infected and where can we get a fix?

According to Intel, the following CPU series are vulnerable to Plundervolt attacks:

Plundervolt is nothing that end-users should worry about. It’s an attack vector that is of little interest for malware authors since it’s hard to automate at scale. It is, however, an attack vector that could be weaponized in targeted attacks, against specially selected targets. If Plundervolt is a serious threat depends on each user’s threat matrix.

For those who are looking for the update to fix this vulnerability, you may refer to the microcode and BIOS update here.

For any inquiries with regards to this vulnerability or any other security questions, you may call us at 8893-9515 and we would be happy to help you!

In case you didn’t hear, another big vulnerability was reported by Microsoft on May 14, 2019 known as “BlueKeep” which takes advantage vulnerabilities of Remote Desktop Services (RDS), Remote Code Execution (RCE), and Remote Desktop Protocol (RDP).  However, BlueKeep only affects older version of Windows, so users of Windows 10 and 8 can rest easy.  The severity of the vulnerability though has forced the hand of Microsoft and they have actually made and released a security patch for its unsupported versions.  They have classified this vulnerability as a critical level threat.

This is why as of June 4, 2019, Microsoft once again urged its customers to apply the patch as soon as possible as more than 1 million devices are still vulnerable to the attack.  This is to avoid another widescale malware attacks like those of the WannaCry ransomware attack back in 2017.  Many companies were affected by the attack and caused many business operations to stop, more notably hospital operations.

What can you do to avoid being affected?

Microsoft has already provided the solution to BlueKeep, make sure you download the latest security patch for your corresponding OS (you can find the patches here).  You may need to reboot your servers to ensure the patch is running properly.

For those who are Trend Micro users, specifically those who use Deep Security, if you are unable to apply the patch due to other reasons, such as being unable to reboot your servers, please make sure that you apply the correct policy for the virtual patching of Deep Security to ensure the security of your servers.  Below is the Deep Packet Inspection (DPI) rule:

You can view the official Trend Micro article on it here.

For those who are looking into a longer-term solution, you can consider solutions such as Citrix Gateway and Virtual Apps to secure your remote connections to Windows servers.

To learn more about these solutions, you can contact us at 893-9515 and we will help introduce you to different options that you have to help prevent these kinds of vulnerabilities!

Security Vulnerabilities: A Closer look at a Cyber Criminal’s Window to your System

You may be hearing more and more these days of new security vulnerabilities being discovered in the news and may be wondering what exactly it may imply?  Simply, a vulnerability represents the ideal opportunity for cyber criminals to infiltrate your system to compromise your data or to perform data theft.

According to current data now, we can see that these vulnerabilities will be popping up more often as 2017 had a record-breaking year for reported exploitable vulnerabilities, with almost 20,000 security flaws reported over the year.   For the year 2018, the data is still being tallied however, a report from RiskBased Security has already noted that more than 10,000 vulnerabilities have been reported in which 3,000 potential flaws which enterprises have failed to patch.

To better understand vulnerabilities, our friends from Trend Micro has segregated them into types in which to classify them:

Traditional vulnerability – is a programming error or other type of software issue that hackers can use to sidestep password protection or security measures and gain unauthorized access to legitimate systems. These are the most rampant types of security vulnerabilities.

Zero-days – are brand new software issues that have only just been identified and have not yet been patched by vendors.  As Trend Micro explained, “that’s because the vendor essentially has zero days to fix the issue or has chosen not to fix it.”

Undisclosed vulnerability – these are flaws that have been identified and reported, but are not yet disclosed to public users, giving vendors time to patch the issue.

So, what can you do to help address these vulnerabilities?

To help keep your enterprise safe from these vulnerabilities, Trend Micro suggests that you pay attention to current security research so that you can apply the necessary findings to help keep your business safe.  Another would be to make sure that you keep yourself up to date with updates and patches.  However, with the number of vendors and patches, it can sometimes be too much for your IT to patch immediately due to the volume.  Trend suggests the following patching prioritization scheme to help ease the load of your IT team:

To learn more, you may visit the original Trend Micro article here, visit our product page here, or you can also contact us directly at 893-9515 and we will be happy to answer your inquiries!

Over the past few days, you may have heard of the new vulnerabilities that has been uncovered, Meltdown and Spectre.  These vulnerabilities affect all modern processors, meaning your business machines and even personal gadgets that use processors are affected which puts you in risk of potential attacks.  Below is a brief explanation of what exactly Meltdown and Spectre are:

Meltdown is a hardware vulnerability in processors (Intel x86 microprocessors and some ARM based microprocessors) which allows attackers to use programs to access your computer’s memory.  With this access, they are able to gain sensitive data from your other applications within your system.

Spectre is a hardware vulnerability in modern processors, which attackers can use to trick error-free programs, which follow best practices, into leaking their secrets.  Safety checks of said best practices actually increase the attack surface and may make applications more susceptible to Spectre.

However, since the vulnerability has been announced it means that so have the solutions.  Below are the steps in which you need to take fix these vulnerabilities:

Processor manufacturers have already released firmware updates to fix these vulnerabilities, however they said that they would only be releasing updates for processors within the last 5 years.  Below are the current firmware updates you will need per vendor (note that we will be placing more updates as they come):

For ProLiant Gen10 products (except for the ProLiant DL385 Gen10), update to System ROM Version 1.28.

For ProLiant Gen9 series servers, update to System ROM Version 2.54 (except for the ProLiant DL20 Gen9 or ML30 Gen9)

For the ProLiant m710p server cartridges update to the System ROM version dated 12/12/2017.

Click here and place your HPE product to find the firmware patch you need.

Below is a table of known Cisco products affected by the vulnerabilities, to download the update, you will need to click on the Cisco Bug ID and log in to your Cisco account to access it.  We will be updating this table when updates are available.

2. Checking if your registry is compatible with your OS updates (Windows)

There are some third party anti-virus software that are currently incompatible with the latest patch updates from Windows.  If you are unable to update your OS due to this reason, it is recommended that you modify your registry to fix this.  However we highly recommend that you also backup your registry before you manually edit it as using Registry Editor incorrectly can cause serious problems that may require you to reinstall your operating system.  Below is the registry key to be set:

For Trend Micro users, there has been a patch release for their products in which enables the ALLOW REGKEY (the above code) automatically.  This however is not the fix to the vulnerabilities and you have to update your OS as this patch will not update your OS but allow you to update.

Additionally, note that per Microsoft, even clients that do not have active anti-malware or security software installed may still be required to apply the specific registry key before the security patches can be obtained from Windows Update.

Below are the updates that are currently out for Windows OS for both Servers and Desktop (this will be updated as more updates are released):

The last step would be to make sure that your internet browser is patched to the latest version.  Below are a few of the most used browsers and the versions they need to be updated to:

Again more updates will be posted as soon as the fixes are released by the respective vendors.  If you need more details or help in implementing the said solutions from vendors, please do contact us at 893-9515 and we will do our utmost to help!