Microsoft Azure: an Affordable and Flexible Infrastructure in the Cloud 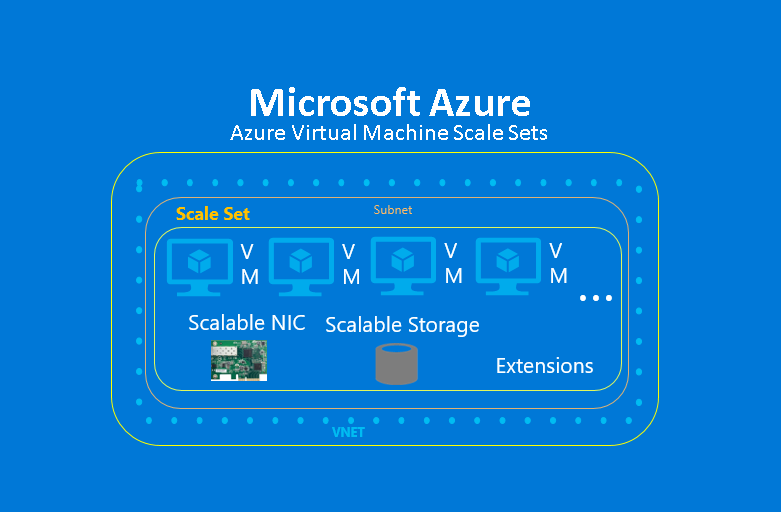 Getting a business started from scratch can be difficult, then adding into the equation of your internal infrastructure?  Now that can be a real challenge for some, even daunting.  Not knowing exactly what specifications you would need at first for servers can be costly, though this can’t be helped as requirements can be grow as you are already in the process of operating.  Due to this reason, many have started to use the services of IaaS (infrastructure as a service) providers such as Microsoft Azure.

Elasticity is one characteristic of cloud computing and its biggest benefits.  This means that you can either stretch or shrink your cloud service usage at any given time to better fit the needs of your IT workloads.  You will be able to seamlessly add or remove virtual servers, storage, network services while paying only for what you use.  This benefit is more prominent when you are heavily using applications where work can be divided among multiple identical applications or services running on different machines.

One of its features, Azure Virtual Machine Scale Sets (scale sets for short), is an identical pool of virtual machines running an application you control.  Azure has tools for you in which you can build or configure the Virtual Machines (VM) the way you want it and also taking control of how many you have at any time.  With scale set, you can have an on-demand fleet of VMs doing whatever work needs to be done but will grow or lessen whenever you need it to or if it reaches a certain parameter you’ve stated.

“Cattle versus pets” is a popular metaphor of cloud scaling, which is often credited to a former Microsoft architect Bill Baker.  If servers are like pets, each one is lovingly raised, tended to carefully and even individually named while even being nursed back to health when they are sick.  If they are treated as cattle than they are all interchangeable and do not need to be given names, and when they get sick you get rid of it and get another one.  In a way, scale sets give you a way to clone a herd of “cattle” which you are able to choose its size and breed at any given time at the cost of the herd being identical. 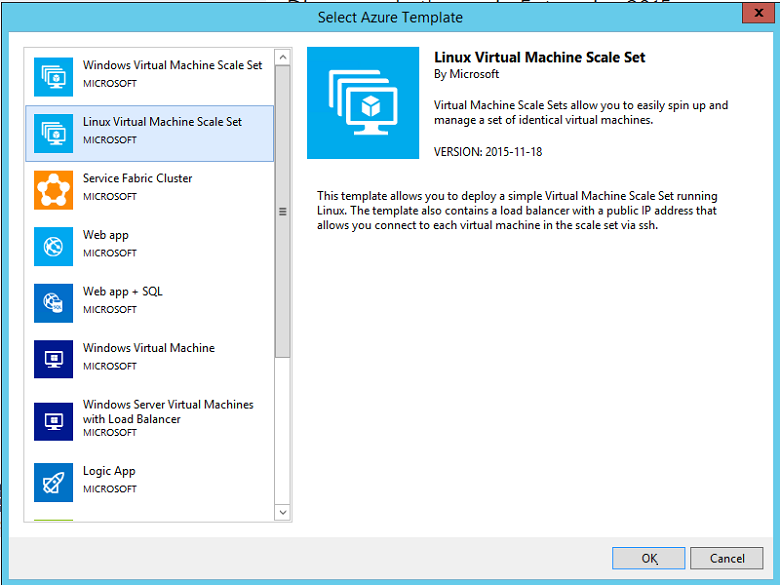 Something important to remember about Azure scale sets is that they are identical VMs.  This means that you can customize the first in the herd, but the rest will be exactly like the first.  There are multiple ways to define your scale set, through the Azure portal, manually via Powershell or the Azure command-line tools, and through an Azure Resource Manager (ARM) template.  From this definition, Azure will know what size VM instance you would like to use, its name, quantity of machines in the set, etc.  You can customize the VM used by the scale set to include your application in three ways: by creating a completely customized VM image and supplying it to Azure, by taking a prebuilt Windows or Linux image and installing your application when the scale set is started, or by customizing the image to include container software and then loading the application container when the scale set is started, each having its benefits.

For a more in-depth read on how Azure Virtual Machine Scale Sets works, you may visit the link here or contact us directly at 893-9515!

Speed up your GDPR Compliance with Microsoft Cloud! 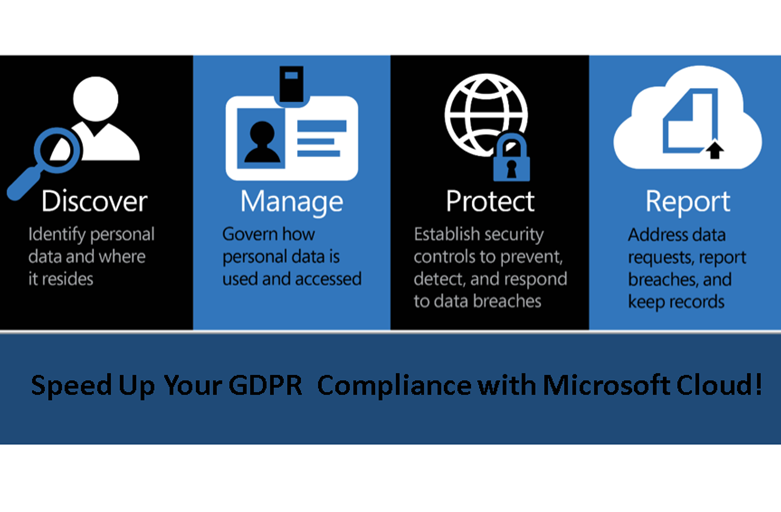 With the European Union’s new General Data Protection Regulation (GDPR) taking effect on May 2018, many companies are now working on complying with it.  Gartner believes that less than 50% of all organizations will be able to fully comply before its takes effect.  However, using the cloud can help dramatically increase compliance rate and Microsoft has worked with countless experts to help make its solutions simple and user friendly.

With roughly 160 GDPR requirements, which include how to collect, store, use personal information and even a mandate for a 72-hour notification for personal data breaches, it’s clear that using cloud technologies can help the speed of compliance in many organizations.  With this in mind, Microsoft has worked on their Trusted Cloud Principles, in which security, privacy, compliance and transparency are included, to help provide a unique journey to GDPR compliance.  Microsoft announced on February of this year that their cloud services would comply with the GDPR by next year May, which include Office 365, Dynamic 365, Azure (including Azure data services), Enterprise Mobility + Security, and Windows 10. 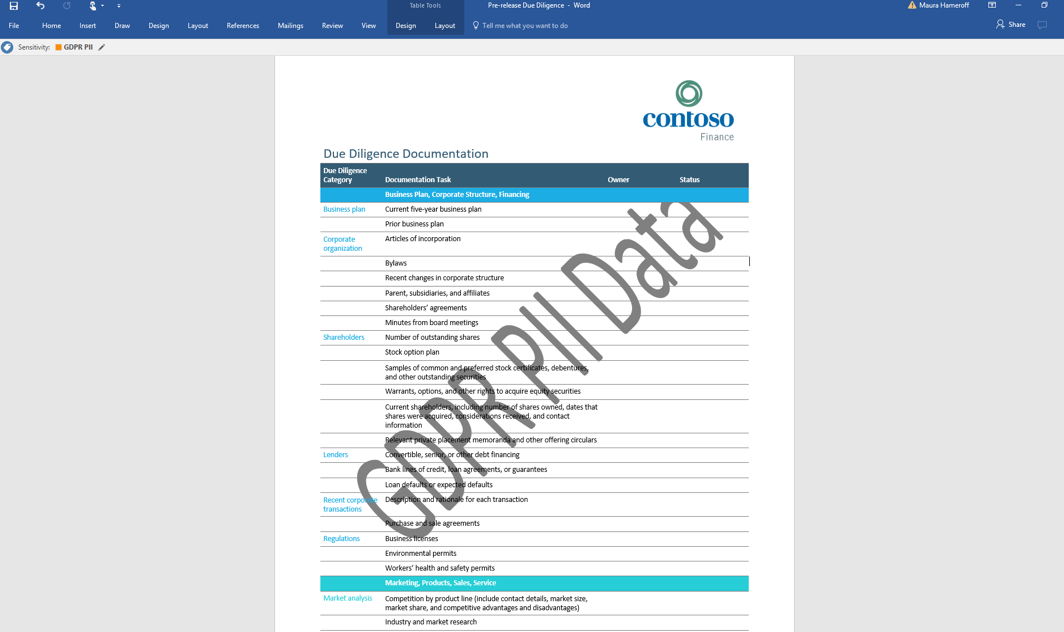 Besides being compliant, Microsoft Cloud provides built-in sophisticated controls that can help you comply with the GDPR requirements.  Azure Information Protection is an example of one of the capabilities in the arsenal of Microsoft.  Azure Information Protection provides document tracking and revocation capabilities, this gives you the ability to monitor the flow of sensitive data and revoke access to it at any time.

Microsoft Cloud can also be used to discover, manage, protect and report on GDPR-related data.  With powerful intelligence capabilities on Microsoft Cloud, using features such as Office 365 Advanced Data Governance can intelligently manage your organization’s data with classifications, which can label sensitive data so that you can apply policies for either protection, retention or deletion. 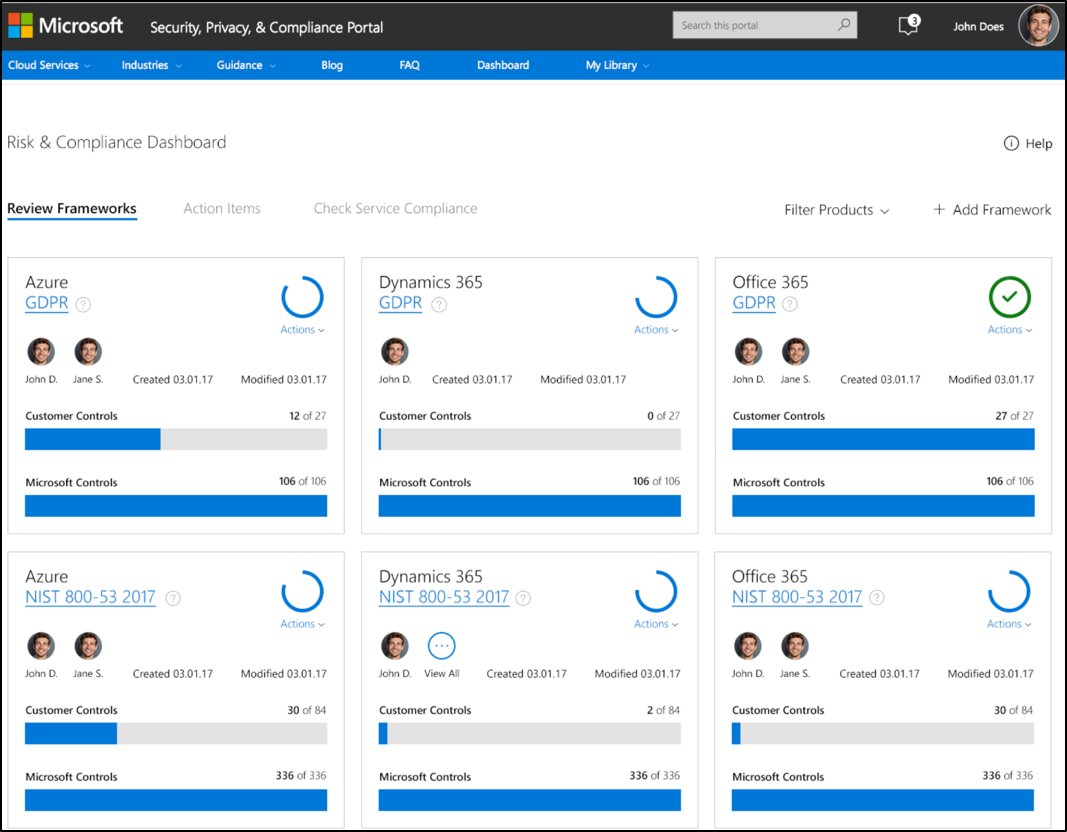 Microsoft also plans on releasing a new dashboard as well to help provide a quantitative assessment to help identify where you are in your journey to GDPR compliance.

Microsoft Azure a top contender in the “Cloud Wars”

With the worldwide public cloud services market projected to grow by 18% this 2017, to a total of $246.8 billion according to Gartner, it’s no wonder that many vendors are upping their services to get a larger portion of the market.  Infrastructure as a Service (IaaS) and Software as a Service (SaaS) are both projected to grow by about 36.8% and 20.1% respectively this 2017.   While Amazon Web Services is still the predominant market leader for this segment, this may not be true in the following years as Azure has been working on toppling them with success in Europe as the predominant IaaS provider with 43.7% market share against AWS’ 32%.

Forbes came out recently with an article as well on their take on the “Cloud Wars” and to the surprise of many, put Azure in first while AWS was placed as second.  Their basis was the fact that Microsoft has more to offer to their corporate customers in terms of cloud innovation to the different aspects of their business.  Below are a few of the main points in which Forbes’ analyst Bob Evans brought up in which Azure was ahead of AWS:

Completeness of cloud offerings – While AWS is strong on the IaaS segment, it is still lacking compared to Azure in the Platform as a Service (PaaS) and SaaS market.

Future Vision – Microsoft has placed major importance to going end-to-end on the cloud across its enormous range of products and services.

Scalability for world’s largest computing workloads – Microsoft’s used Maersk as its example of this in which they have slowly moved towards the cloud and now use Azure to help gain business insights using Dynamics 365.

Adopting advanced technologies to help customers drive digital transformation – while others still have no general strategy nor product and technologies for IoT, Microsoft has been making strides in this aspect.

Appeal to and ability to perform across a wide range of industries – Microsoft has been pushing its vast and fully integrated cloud capabilities to run the workloads of many of the biggest corporations in the world.

Is Your Business Automatically Backing Up the Data in Your PCs and Laptops? 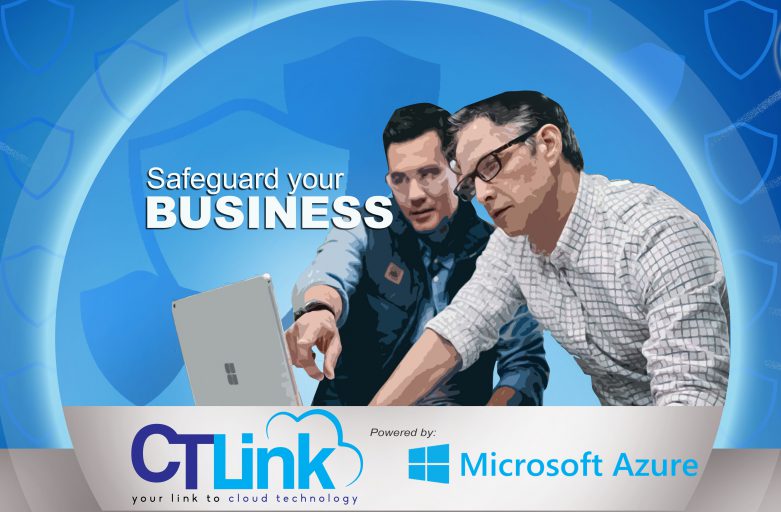 Studies show that 70% of corporate data resides on the PCs or laptops of end-users and most of these files are unstructured data in the form of Excel spreadsheets or Word documents.  Furthermore, studies also show that in most businesses, employees are casually told to make a backup of their own files. Management cannot even be sure if the backups are up-to-date or done at all.  The primary reason for such case is usually the lack of a centralized storage, which is expensive to set up, to store the data backups.

This leniency in doing data backup has become more and more risky these days with increasing threats from malwares like Ransomware.

In a nutshell, Ransomware is a new type of malware that “kidnaps” files and prevents users from accessing the files until “ransom” is given.

Most users think that it’s just malware, and that their anti-virus software will be able to catch it.  However, not all anti-virus software are effective against ransomware.  The real best defense against Ransomware today is, simply and ironically, for one to be always ensured with a data backup that can be successfully restored when needed.

A good backup strategy in protecting against Ransomware is cloud-based data backup.

Be enabled. Deploy and secure endpoint data protection strategy at your own pace.

We offer simple and reliable cloud-integrated backup as a service, reliably powered by Microsoft Azure.