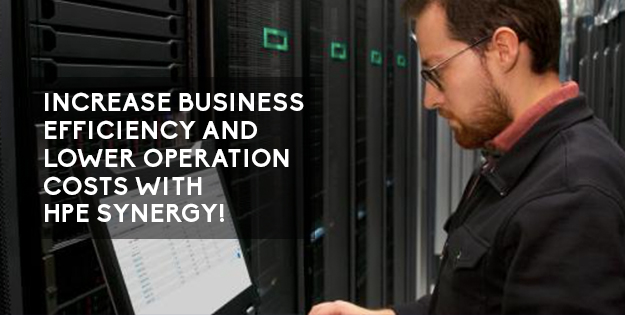 HPE Synergy, the most modern blade infrastructure, lets you to automate operations, instantly deploy and redeploy infrastructure, develop apps and services faster, and run any workload within a hybrid cloud environment.

Start your HPE Synergy transition by discovering eye-opening business value metrics from IDC. Below is a short video showing how you can make your transition as easy as possible:

This IDC infographic presents a series of quantified IT and operational outcomes reported during interviews with HPE Synergy customers.

To learn more about HPE Synergy, please fill out the form below and we will get back to you as soon as we can!

Building an Autonomous Data Center for your Business 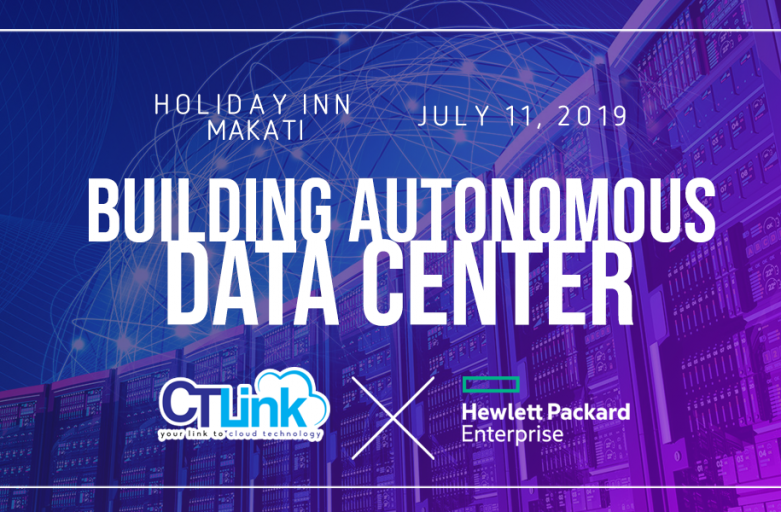 Your business can’t afford any disruptions or delays. And you want nothing more than to spend less time on infrastructure. However, the complexity inevitably leads to unexpected problems and your days, nights, and weekends consumed taking care of infrastructure.  This is where HPE InfoSight can help your business.

Join us for our upcoming event, Building Autonomous Data Center, this coming July 11 at Holiday Inn Glorietta where you can learn first hand from our HPE Experts on how HPE InfoSight can help optimize and automate your business infrastructure!

If you would like to join the upcoming event, contact us at 893-9515 to learn how you and your company can register for this event! 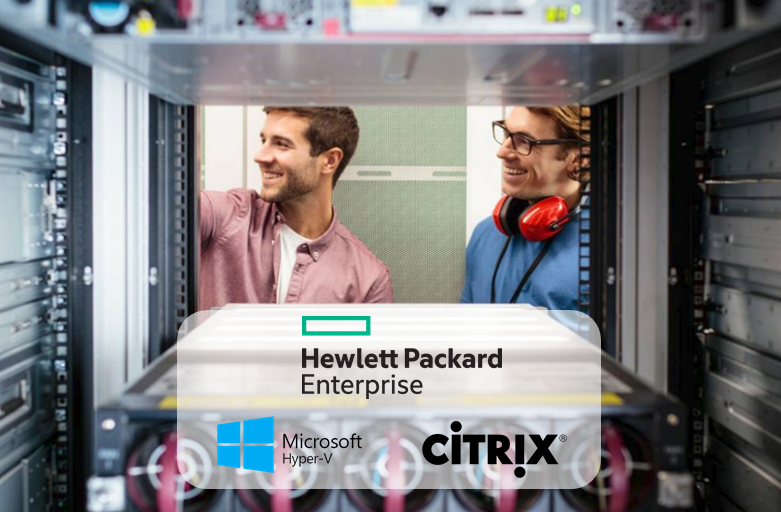 May 8, 2018 – Hewlett Packard Enterprise (HPE) announced that HPE SimpliVity 380 would now be able to run with Microsoft Hyper-V and they have partnered with Citrix to be a Citrix Workspace Appliance Partner.  With these new offerings, HPE hopes to enhance its ability to provide high-performance virtual applications and desktops ensuring a faster and easier way to deliver secure digital workspaces in today’s hybrid cloud environment while also increasing its customer’s hypervisor options.

HPE SimpliVity 380 with Microsoft Hyper-V offers businesses with an easier IT infrastructure solution which simplifies the data center by converging servers, storage and storage networking into one simple to manage, software-defined platform so that businesses will not be limited by the legacy IT infrastructure which cannot make use of the current IT environment.

This has resulted in an increased business agility and economics in the cloud in an on-premise solution.  With the pre-integrated, all-flash, hyperconverged building block simplifies IT by combining all infrastructure and advanced data services for virtualized workloads – this includes VM-centric management and mobility, data protection and guaranteed data efficiency.

Customers now have access to a hyperconverged solution with full-featured, built-in backup and recovery at no additional cost. These data protection features include the resilience, built-in backup, and bandwidth-efficient replication needed to ensure the highest levels of data integrity and availability, eliminating the need for legacy data protection.

Efficiency is delivered by powerful built-in data services including in-line deduplication and compression and novel data architecture to speed business continuity and enable workload mobility. Guaranteed data efficiency saves 90 percent capacity across storage and backup combined and the benefits include slashing recovery point objectives (RPOs) and recovery time objectives (RTOs) from days or hours to seconds, with a guaranteed 60-second restore for a 1 TB VM.

Besides the Hyper-V partnership with Microsoft, HPE has also partnered with Citrix with a collaboration between the two on a solution portfolio integration, which includes the new HPE SimpliVity 380 with Microsoft Hyper-V, in the Citrix HCI Workspace Appliance Program.  So that the customers don’t have to create their own solutions to deliver their virtualized application and desktops, the HPE and Citrix solution is already pre-integrated and pre-tested in the SimpliVity appliance.  Customers will also find that the appliance program will make it easier to deliver new workspace solutions while being managed seamlessly with Citrix during the course of its lifecycle.  Thus creating a new standard for customers to easily deploy their digital workspaces with multi hypervisor, multi-cloud flexibility resulting in truly a top-class digital collaboration and borderless, productive workplace.

To learn more about these partnerships, you may find the original article here or you may contact us directly at 893-9515 and we will be happy to answer your inquiries!

HPE Awards CT Link with the “Simplivity Deal of the Year” award! 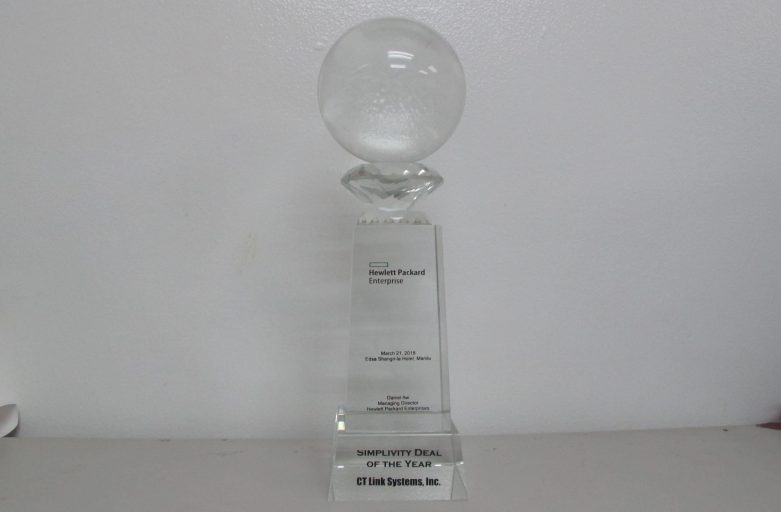 On March 21, 2018, Hewlett Packard Enterprise Philippines (HPE) awarded CT Link with the “SimpliVity Deal of the Year” award during its Partner Kick-Off and Appreciation Night held at the EDSA Shangri-La, Manila.  This award was given to CT Link as recognition of its efforts in the first SimpliVity deal that was partnered with HPE Proliant series after HPE’s acquisition of SimpliVity in 2017.

HPE GEN10 Servers: Helping you secure your IT Environment 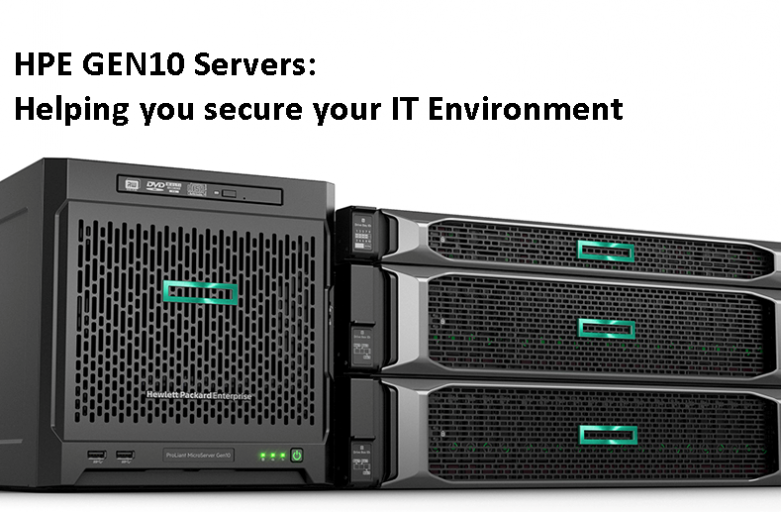 HPE Proliant Gen 10 servers have been getting the attention of the US government sector.  A review by FedTech recently came out which talked about how HPE ProLiant DL380 servers were able to secure almost all federal IT environments.  With a range of flexible configurations, which include the function to be part of a private cloud, facilitate deployment of containers, anchor the core of virtual machines, store database applications, and even process Big Data transactions.

A main feature that FedTech has emphasized on the HPE ProLiant DL380 would be the IT security measures it provides.  A Silicon Root of Trust leverages an HPE silicon-validated boot process to ensure the servers can only be started using code from an immutable source.  An anchor for the boot process that’s rooted into the HPE silicon cannot be updated or modified in any way. By combining this foundation with a cryptographically secured signature, the ProLiant DL380 servers remove the gaps hackers exploit.

Even against firmware threats like rootkits, malware, and denial of service attacks, HPE ProLiant DL380 servers stays secure and virtually hack proof.  This is even more so when combined with intrusion detection devices that can provide an audit log alert if someone tries to get into the server chassis and implant compromised codes.  This is made possible due to the Silicon Root of Trust hardwired into the HPE iLO5.

With a series of validation checks between the various system components and the firmware upon the system power up, this ensures the HPE ProLiant DL380 servers are free of any modifications to its server’s essential firmware.  The ProLiant DL380 servers run millions of lines of firmware (like all servers) even before the operating system (OS) even starts.  Checking if the lines of code for the firmware are free of any malicious attacks or malware is the main value the silicon root of trust provides. 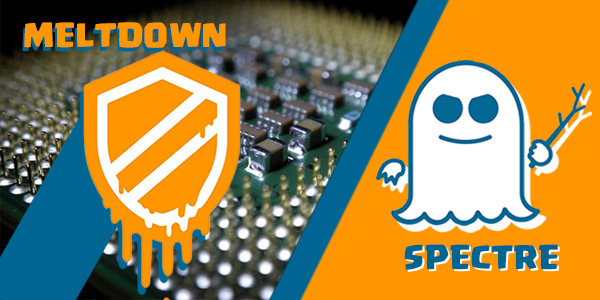 Over the past few days, you may have heard of the new vulnerabilities that has been uncovered, Meltdown and Spectre.  These vulnerabilities affect all modern processors, meaning your business machines and even personal gadgets that use processors are affected which puts you in risk of potential attacks.  Below is a brief explanation of what exactly Meltdown and Spectre are:

Meltdown is a hardware vulnerability in processors (Intel x86 microprocessors and some ARM based microprocessors) which allows attackers to use programs to access your computer’s memory.  With this access, they are able to gain sensitive data from your other applications within your system.

Spectre is a hardware vulnerability in modern processors, which attackers can use to trick error-free programs, which follow best practices, into leaking their secrets.  Safety checks of said best practices actually increase the attack surface and may make applications more susceptible to Spectre.

However, since the vulnerability has been announced it means that so have the solutions.  Below are the steps in which you need to take fix these vulnerabilities:

Processor manufacturers have already released firmware updates to fix these vulnerabilities, however they said that they would only be releasing updates for processors within the last 5 years.  Below are the current firmware updates you will need per vendor (note that we will be placing more updates as they come):

For ProLiant Gen10 products (except for the ProLiant DL385 Gen10), update to System ROM Version 1.28.

For ProLiant Gen9 series servers, update to System ROM Version 2.54 (except for the ProLiant DL20 Gen9 or ML30 Gen9)

For the ProLiant m710p server cartridges update to the System ROM version dated 12/12/2017.

Click here and place your HPE product to find the firmware patch you need.

Below is a table of known Cisco products affected by the vulnerabilities, to download the update, you will need to click on the Cisco Bug ID and log in to your Cisco account to access it.  We will be updating this table when updates are available.

2. Checking if your registry is compatible with your OS updates (Windows)

There are some third party anti-virus software that are currently incompatible with the latest patch updates from Windows.  If you are unable to update your OS due to this reason, it is recommended that you modify your registry to fix this.  However we highly recommend that you also backup your registry before you manually edit it as using Registry Editor incorrectly can cause serious problems that may require you to reinstall your operating system.  Below is the registry key to be set:

For Trend Micro users, there has been a patch release for their products in which enables the ALLOW REGKEY (the above code) automatically.  This however is not the fix to the vulnerabilities and you have to update your OS as this patch will not update your OS but allow you to update.

Additionally, note that per Microsoft, even clients that do not have active anti-malware or security software installed may still be required to apply the specific registry key before the security patches can be obtained from Windows Update.

Below are the updates that are currently out for Windows OS for both Servers and Desktop (this will be updated as more updates are released):

The last step would be to make sure that your internet browser is patched to the latest version.  Below are a few of the most used browsers and the versions they need to be updated to:

Again more updates will be posted as soon as the fixes are released by the respective vendors.  If you need more details or help in implementing the said solutions from vendors, please do contact us at 893-9515 and we will do our utmost to help!

This year has been quite the start for HP Enterprise (HPE) as it acquired SimpliVity in February and Nimble Storage in March.  SimpliVity is a leading provider of software-defined hyperconverged infrastructure, while Nimble Storage is a provider of predictive all-flash and hybrid-flash storage solutions.  HPE is bolstering its presence in both sections, predicting overall estimated markets for SimpliVity to grow from $2.4 billion in 2016 to $6 billion by 2020, and $15 billion in 2016 to $20 billion by 2020 for Nimble Storage.  How do these HPE acquisitions benefit customers?  What will customers gain with the upgraded HPE portfolio?

With HPE acquiring SimpliVity, customers can expect the following benefits:

HPE with Nimble Storage will mean the following advantages to customers: