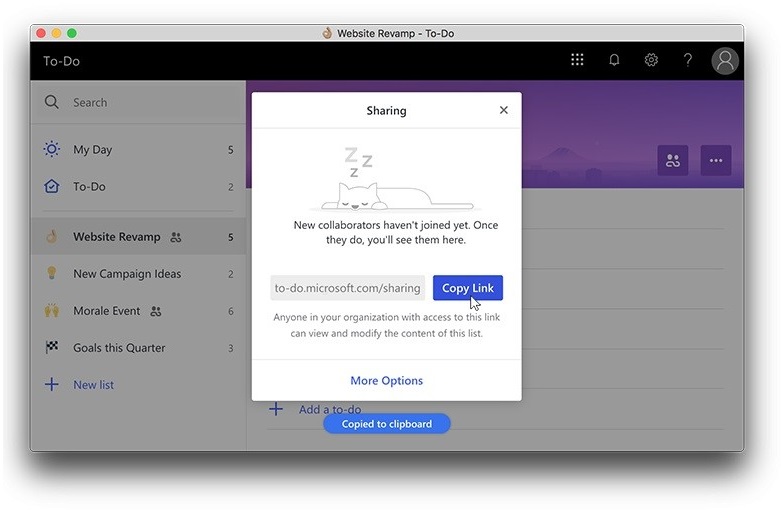 It’s now been over a year since Microsoft has released To-Do, it’s intelligent task management app which was developed by the team behind wunderlist.  With it being integrated with Office 365, the team has been collecting a multitude of feedback from users and have now released them in a couple of updates throughout this year.

One of these updates would be Steps which allows you to create sub-tasks to your main tasks to help break it down to smaller actionable items to help you focus on finishing the said task.  The number of steps will be displayed on the task to help productivity so that you know how far you are in that specific task.

Another update which was just recently announced was the feature of List Sharing.  List Sharing allows you to share your To-Do list with others so that collaboration will be easier as others may see your progress on your tasks or update it as tasks or Steps are accomplished.  This can be done through sharing a link to the ones you want to share your list with and once you are finished collaborating with whomever you are working with while still retaining the option to stop sharing it.  Microsoft says that this update will be available for most Office 365 users by mid June.