Malware VPNFilter is on the Rise as Infected Routers Increase 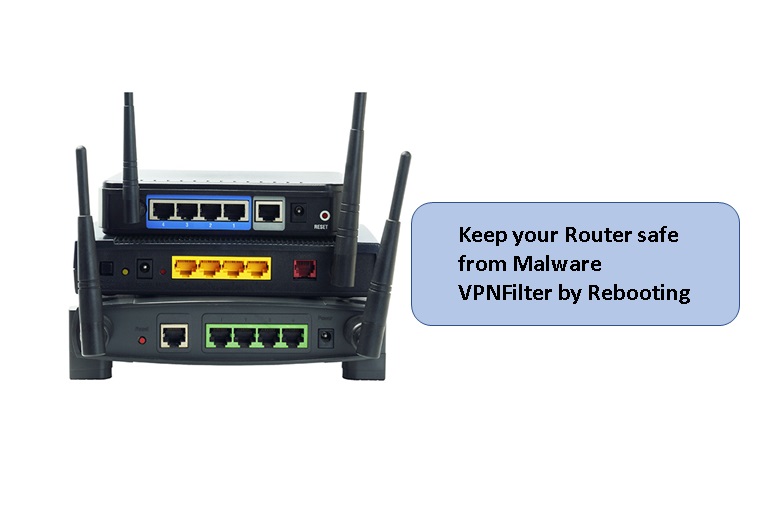 On May 24, a report was published by security researchers upon the discovery of a group who had infected more than 500,000 home and small-enterprise routers in at least 54 countries with their malware VPNFilter.  This malware can attack, collect research, steal key credentials, monitor SCADA protocols, and install a kill command to destroy your device via your infected router.  These attacks have been happening since 2016, however there has been a spike in infections in recent weeks, mostly in Ukraine.  This has prompted the researchers to publish their report early due to its high threat and vulnerability level to the identified systems involved.

From observations from the researchers, they’ve noticed that VPNFilter’s infection goes through 3 stages:

Infected router enables the deployment and spread of the malware by locating target servers with downloadable images from Photobucket.com, extracting an IP address, and recognize several types of CPU architectures running on Busybox and Linux-based firmware. Redundant command and control mechanisms identify and adapt, such that if the Photobucket download fails, Stage 1 will download from ToKnowAll.com. It also listens for a trigger packet from the attackers, checking for the IP from api.ipify.org and stores it for later use. In this stage, the core malware code survives in infected systems even when rebooted.

It deploys intelligence collection such as file collection, command execution, device management and data exfiltration. It also deploys self-destruct capabilities. It can assess the network value the server holds, especially if the system holds potential interest to the threat actors. The actors can then decide if they can use the network to continue gathering data or use the system to propagate through the connections. The self-destruct function in this stage overwrites critical portions of the device for a reboot directive, destroying the firmware once attackers trigger the built-in kill command and leaving the device unrecoverable.

This stage contains modules that act as plugins for Stage 2. One packet acts as a sniffer for collecting data and intercepting traffic, such as website credentials theft and Modbus SCADA protocols, while another plugin allows for automated communication to ToR. Other plugins that have yet to be identified were observed to be included in this stage.

According to the researchers, you should take the following steps to help protect your systems from VPNFilter:

For Trend Micro Smart Home Network users, you can be assured protection from this threat with the following rules implemented:

If you have further inquiries on the above malware, you may contact us at 893-9515 and we will be happy to answer them!